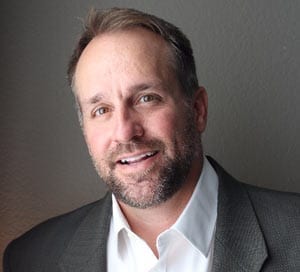 Prior to the formation of Maker Bros., Matt served as Vice President of Finance for six years at Matthews Southwest, an international full-service real estate development company. Matt worked as part of the senior management team at Matthews Southwest and led efforts on behalf of the company for all project capitalization, acquisitions and general partnership transactions in addition to heading up the accounting and reporting team.

With almost 20 years of experience in structured finance transactions and capital sourcing, along with his background of accounting, Matt brings a wealth of knowledge to Maker Bros. Matt has played a critical role in transacting a wide range of development uses within the industry. Matt’s primary role at Maker Bros. is capital sourcing, deal structuring and legal/transactional documentation. In addition, he handles the day-to-day operational affairs of the company, including underwriting, capital modeling, budgets, accounting and reporting.

Prior to Maker Bros. and Matthews Southwest, Matt spent five years at CLB Partners, a condominium and multifamily development company with offices in Dallas, Austin and San Diego. While at CLB, Matt led the company through the successful closing of a $60M credit facility with Cerberus Capital. This arrangement provided multi-project development equity for the company’s growing project pipeline. Prior to CLB, Matt served as Controller for Westbrook Partners, his team responsible for the asset management of a $1B office portfolio. He began his career with the Ernst & Young Kenneth Leventhal Real Estate Group.

A Certified Public Accountant, Matt closely monitors changes affecting the industry, with the goal of avoiding structures or transactions that could negatively impact Maker Bros. and its investors.

Matt earned a Bachelor of Science in Accounting at Texas Tech University.